The film Orchestra and choir conducted by David Curtis 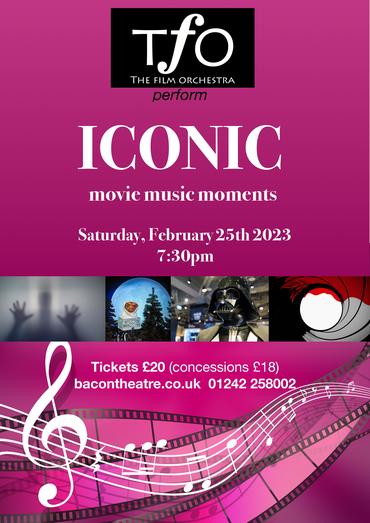 Re-live some of the most memorable moments at the movies as The film Orchestra performs a concert of some of the most iconic themes from the movies.
You will hear music from James Bond to Jaws; Psycho to Star Wars; The Great escape to The Godfather, all with large-screen projections and effects.
Conducted by TfO Principal Conductor, David Curtis, The film Orchestra is delighted to return to The Bacon Theatre after a wonderful concert of John Williams’ music performed there in February 2022.

TfO Leader, Marie Roberts-Watkins and compere Hilgrove Kenrick will also return to make this another evening to remember.